We arrived in tucson on Sunday afternoon the 20th…stayed at the La Posada Lodge.  It was an old place but nice. 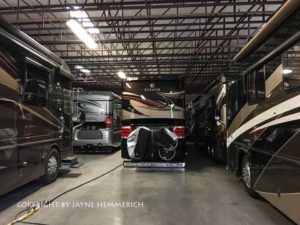 Monday We went to see the Bus and get the new cell antenna installed. Found the bus to be in great shape…I had it waxed and found a few places that needed touch up. They came and did that fast. 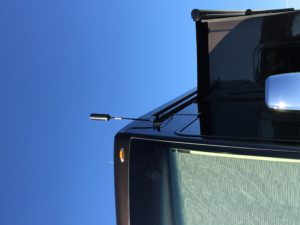 The cell phone install was fairly easy, but getting the antenna thru the cabinet was not as easy as I thought,
but all installed except for the amp and testing.yn 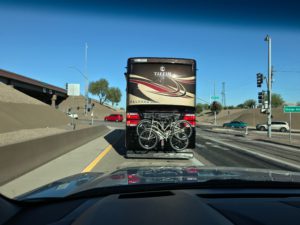 Tuesday we Tuesday we were up early and I called LazyDays to see if we could come earlier in the day…no problem so we pick up the bus and headed down to get settled.

We got space1364, a nice spot with grass, and we can stay in this spot until Jan 2. Now getting everything back on line.  Got the basics done, electric hooked up and water…we are in..but I brought a new DVR and need to get that running ASAP, you know the voice is on tonight.   That turned out to be a night mare…trying to get Directv to turn this one on..3 calls to them and 2 to the installer who put the Travler Dish on in LasVegas last year…

When  I thought it was all done I find out the remote does not seem to work or is it the IR system in the Bus?

I did get the router working with the campground wifi….here it is fast enough not to need the cell booster..

Wednesday, the 23rd….getting ready for Thanksgiving….we  decided to get all the fixings from a GREAT market that has a great deli.  We went up around 10:30 on Turkey Day and were glad we did. We were not the only ones who did not want to cook!  There was a mob, and more picking up ready to go big turkeys.  We tried Netflicks using the campground wifi…it worked!  Just wish I could get that remote to work..

We enjoyed 2 dinners that day one about 1 pm and of course left overs around 6 pm with pumpkin pie.  Good thing it was a small one, because we ate the whole thing! 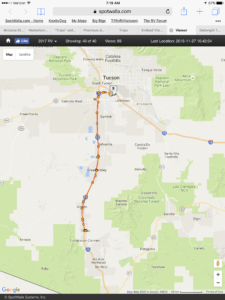 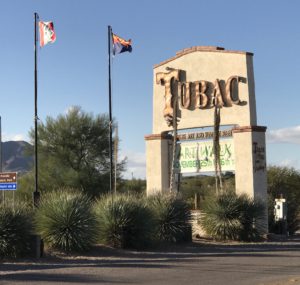 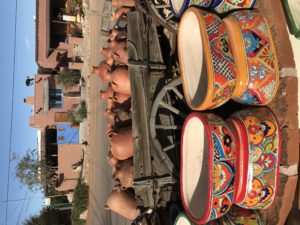 Sunday, the 27th…We decided to go down to Tubac, a little tourist town, with a great restaurant we like , called Elvira’s… and of coarse to look at all the art stuff.  Jayne found a little bird shop and we got a small bird bath and a feeder to go with the humming bird feeder we bought the other day.   They are now outside the Bus and we have birds!

I had to buy a new pair of cheater glasses and did not have a knife to remove the tag, but need them at Evaliers ..so I could read the menu 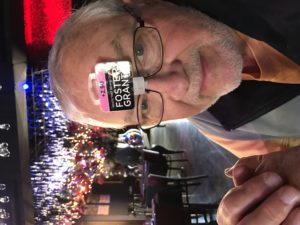 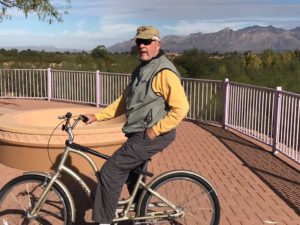 Took our 1st bike ride today. Tucson has a great system of bike trails….well they are more than trails they are paved roads…you can ride all over the city, if you have the stamina ..

I am going to load the tracking APP on my cell phone so we can see where we road..just for fun.. 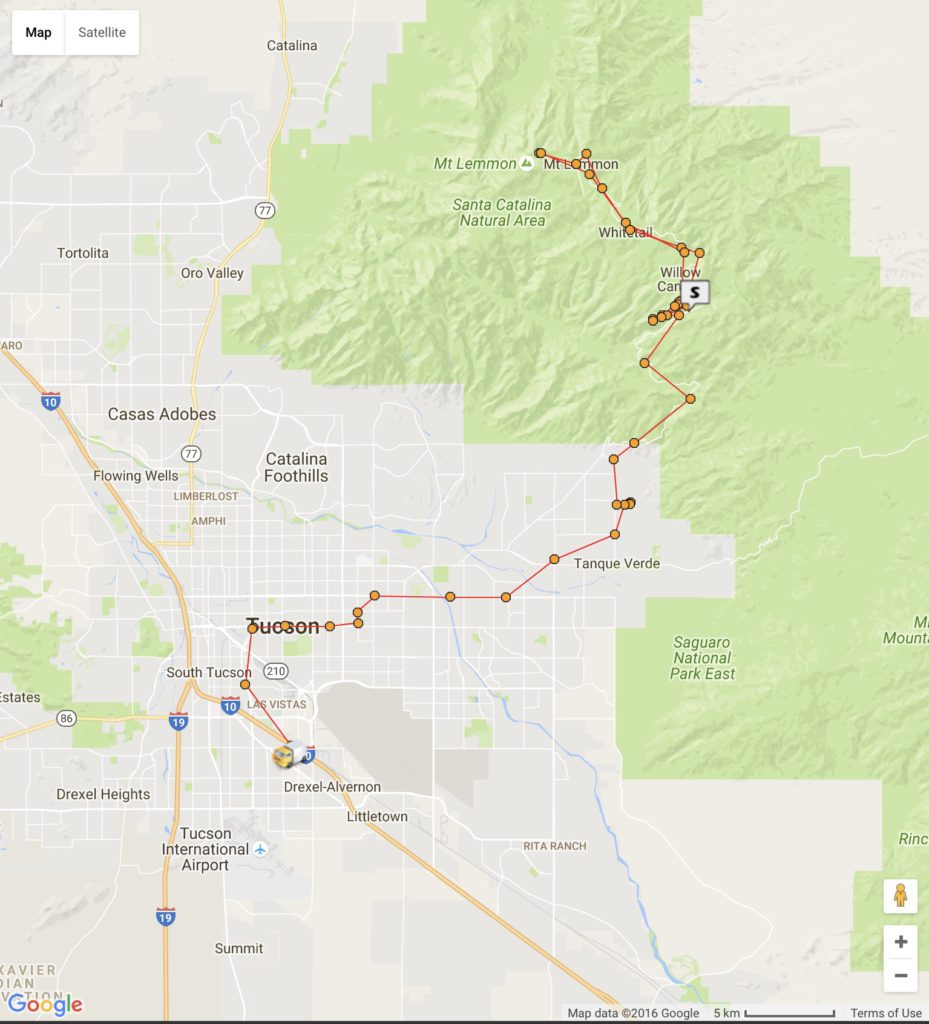 The drive up was spectacular! I gave never seem rock formations like these, even in the Rockey Mts. 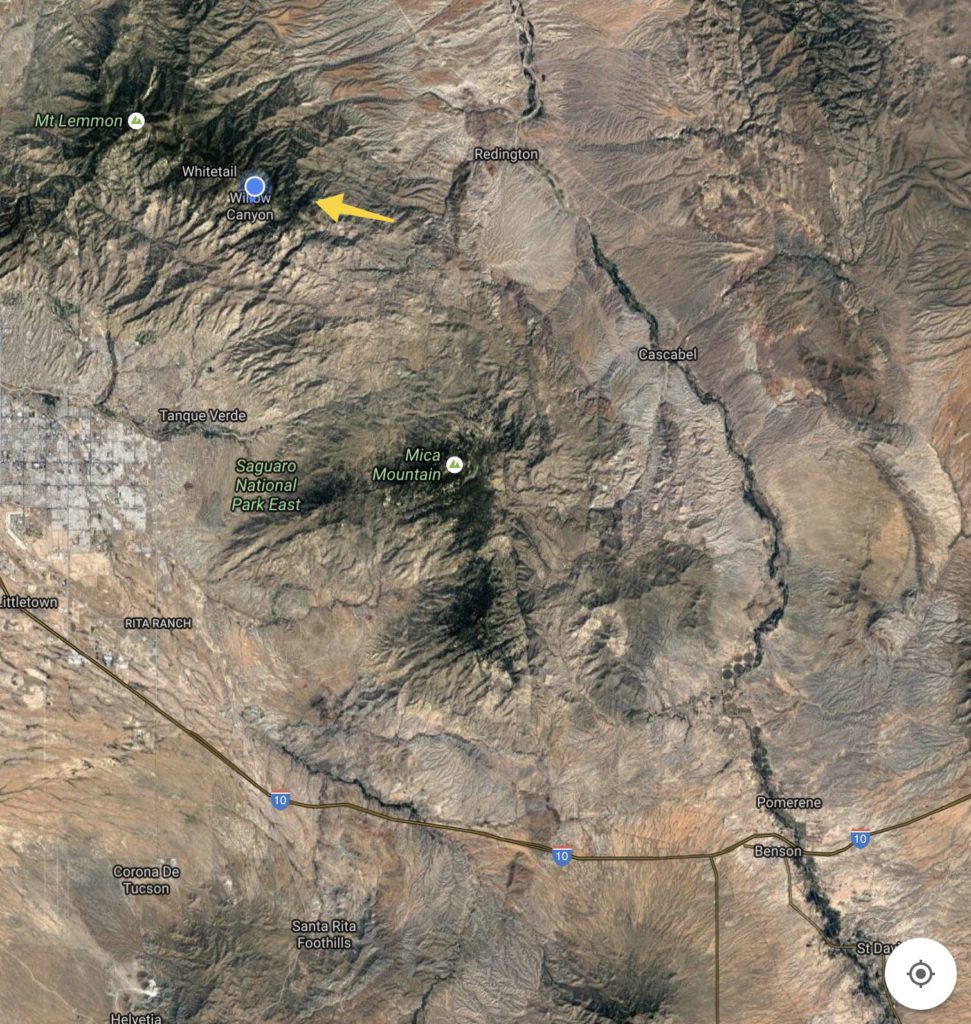 canyon were going around as we went up. A couple photo shots… 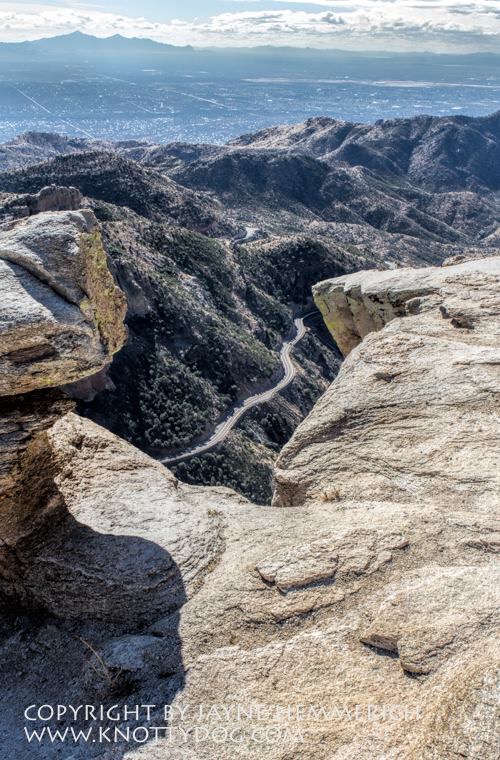 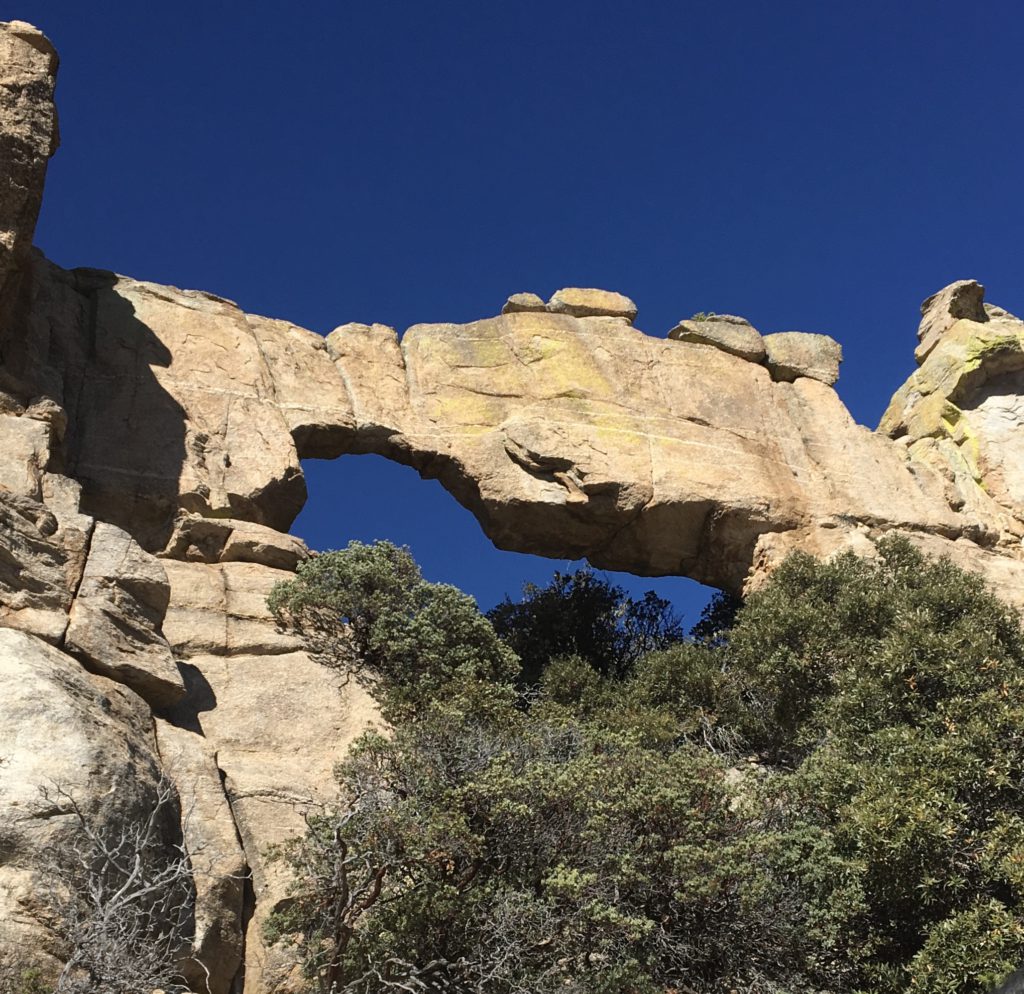 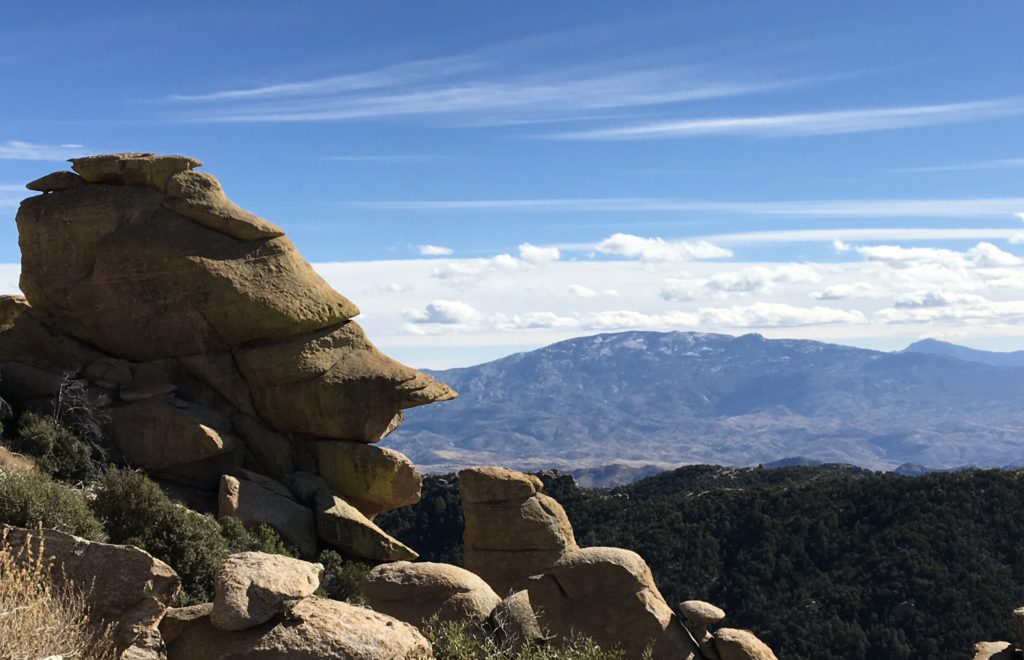 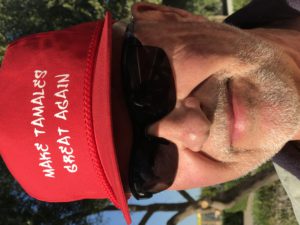