The Galveston bird Festival called Feather Fest starts on Thursday.  Jayne has signed us up for a few of the events, mainly the groups going out to see birds. 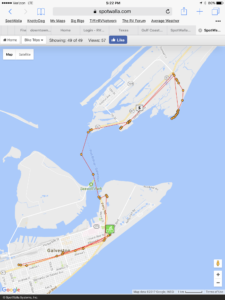 The first one is with a guy named Greg Miller. He is a famous birder and a movies was made about Him a few years ago called The Big Year.  Although we have seen a lot of birds most say they still have not arrive from crossong the Gulf.  That was the reason to come down here.

Galveston Island is a big island that mostly is tourist related and a lot of oil support industries and of coarse, cruise ships for the Caribean runs.

The RV park we were in was at the East end, called Sandpiper RV ..it was close to the all the down town areas and very nice.  Nice wide spots. 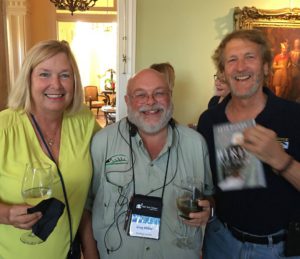 One of the events was wine and snacks at a restored old home with Greg and snother birder, Kevin Karlson.  We were on a birding trip with Him last Sept in the Galapagos.

Kevin is holding up His new birding  photo book.

The photos from the Galapagos that trip are here…

We left Galveston for Port Arthur for 3 nights.  High Island is one of the big birding areas and is about half way between Galvestonand the Port Arthur RV park, but no ferry so its faster.  Speeking of the ferry, it runs between Gslveston Island and  the Bolivar Penninsula where High Island is.  This is a FREE ferry and runs about every 30 minutes..that means they have several ferries crossing. 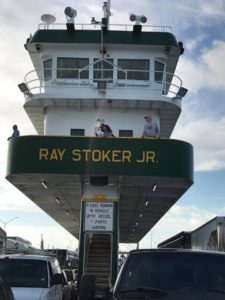 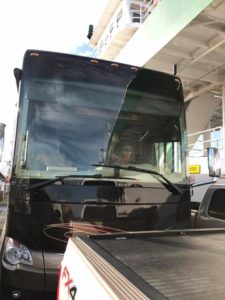 Big trucks RV cars….anyway we decided to take it across, but I was worried about the tow, so Jayne drove the tow.  Should not have been worried, as there were a couple Rv with tows bigger than us.

The RV park in Port Arthur was very nice..no problems and large sites.  I was worried about it, but worked out fine.  Using that as our base we drove to Hi Island and hit the birding places.  The best was the Rookery where the Spoon Bills and Harions were nesting. 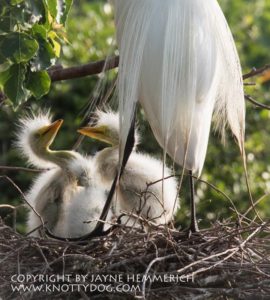 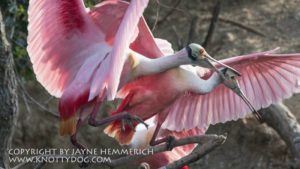 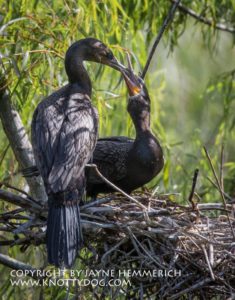 On the way out one morning we saw this turtle in the middle of the road.  Jayne stopped snd I got out and  was going to pick it up snd tske it across the road.  I taped it with my foot hoping it would pull His head znd feet in so zi coud pick it up.  He did not, but as I reached dow to ppick it up from behind, his head came out about 6 inches and almost got me…ok you just stay there… 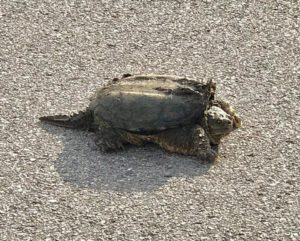 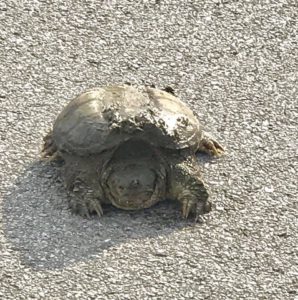